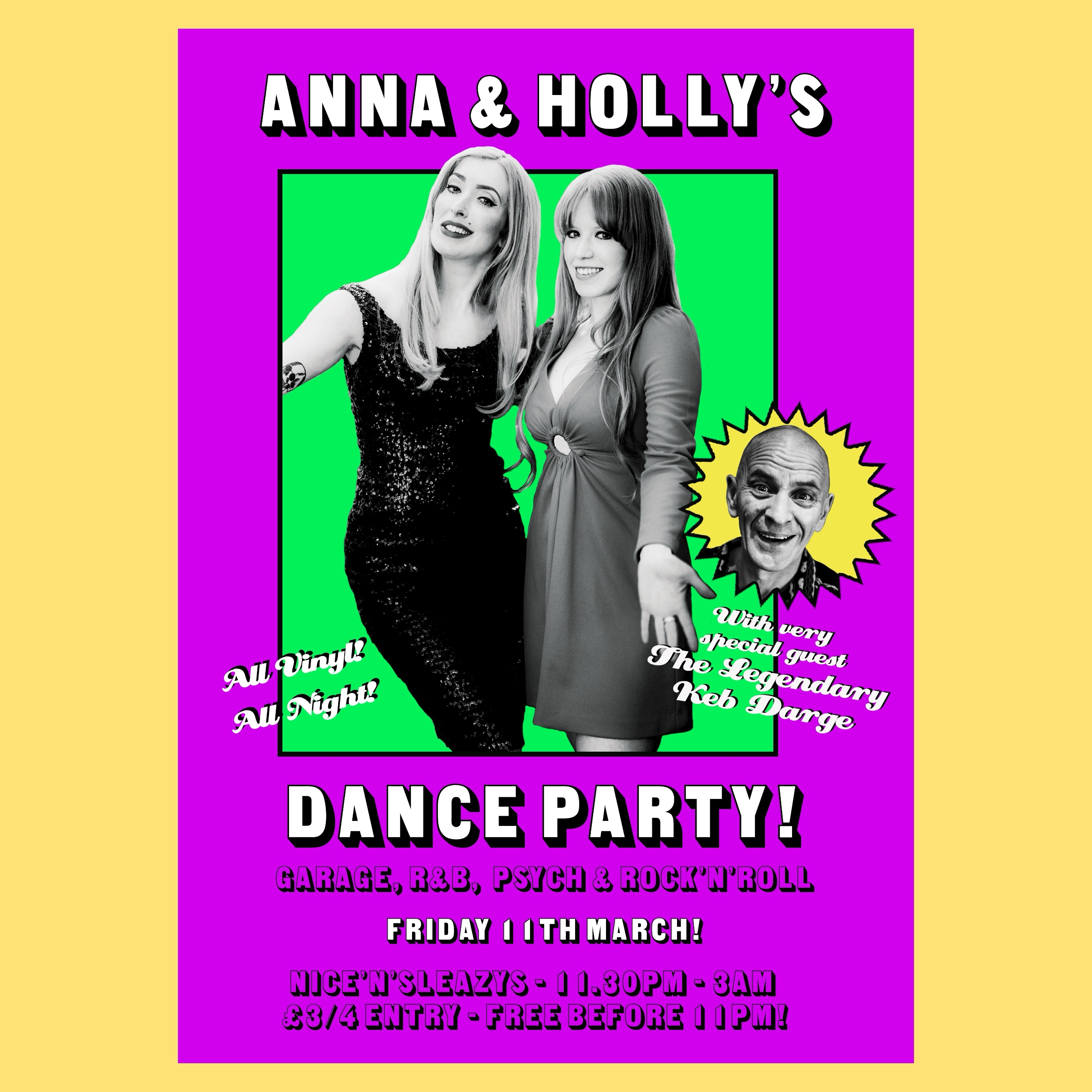 "Anna Goldthorp and Holly Calder are bringing you all of their favourite 60s garage, rhythm & blues, psych and rock n roll, played on vinyl, LIVE AND IN PERSON.

This month we'll be joined by guest DJ THE LEGENDARY KEB DARGE! This man needs no introduction so to cut to the chase - after ruling the northern soul scene and creating the deep funk scene, he graduated to GARAGE!

Keb has THEE greatest collection of 60s garage and rock n roll records you have ever heard. You will want to dance so hard that you will experience palpitations while simultaneously screaming for more.

"He has compiled 29 albums of rare 45’s from the fifties, sixties, and seventies. Most he did with BBE records, but he also runs the New York based Kay Dee record label with Kenny Dope (Masters at Work), works with Beams records in Japan, and Do Right music in Canada.

He has partnered up with the likes of Paul Weller (Jam), RZA (Wu Tang Clan), Cut Chemist (Jurassic Five), Kenny Dope (Masters at Work), Pete Rock, DJ Shadow, and Sharon Jones and the Dap Kings amongst others on these compilations.

He has in recent years been amassing a collection of rare sixties garage punk, raucous rockabilly and wild surf instrumentals. A sound that has avoided the general clubbing world, probably due to the rarity of the records. This mix has been working a treat mainly with the girls on his recent bookings. “It gives them the feeling of being a wild, sexy rebel” he says, and he sees that given the right exposure this music will explode." (Totally Wired Radio, https://totallywiredradio.com/keb-darge/)

Tune in to his Sixties Rebellion radio show on Totally Wired Radio to have a taster of what is to come: https://totallywiredradio.com/keb-darge/