Tomorrow Syndicate are a new musical project which combines motorik rhythms with an electronic pop sensibility and a DIY aesthetic. Their music rotates around past visions of the future; visions that are both melancholic and optimistic. Debut album ‘Future Tense’ (Polytechnic Youth) is a retro-futurist, space-age pop joy, brewed in Glasgow but with its head in the stars. Laden with dreamy, sci-fi influenced space age hooks, lithe chugging guitar lines, Dingerbeat drums, sampled dialogue and pensive vocals, this is the band you wish Public Service Broadcasting would be. Future Tense features pulsing, melodic, space-disco electronica in abundance – think somewhere between Jane Weaver, Samantha Glass, and NEU!. 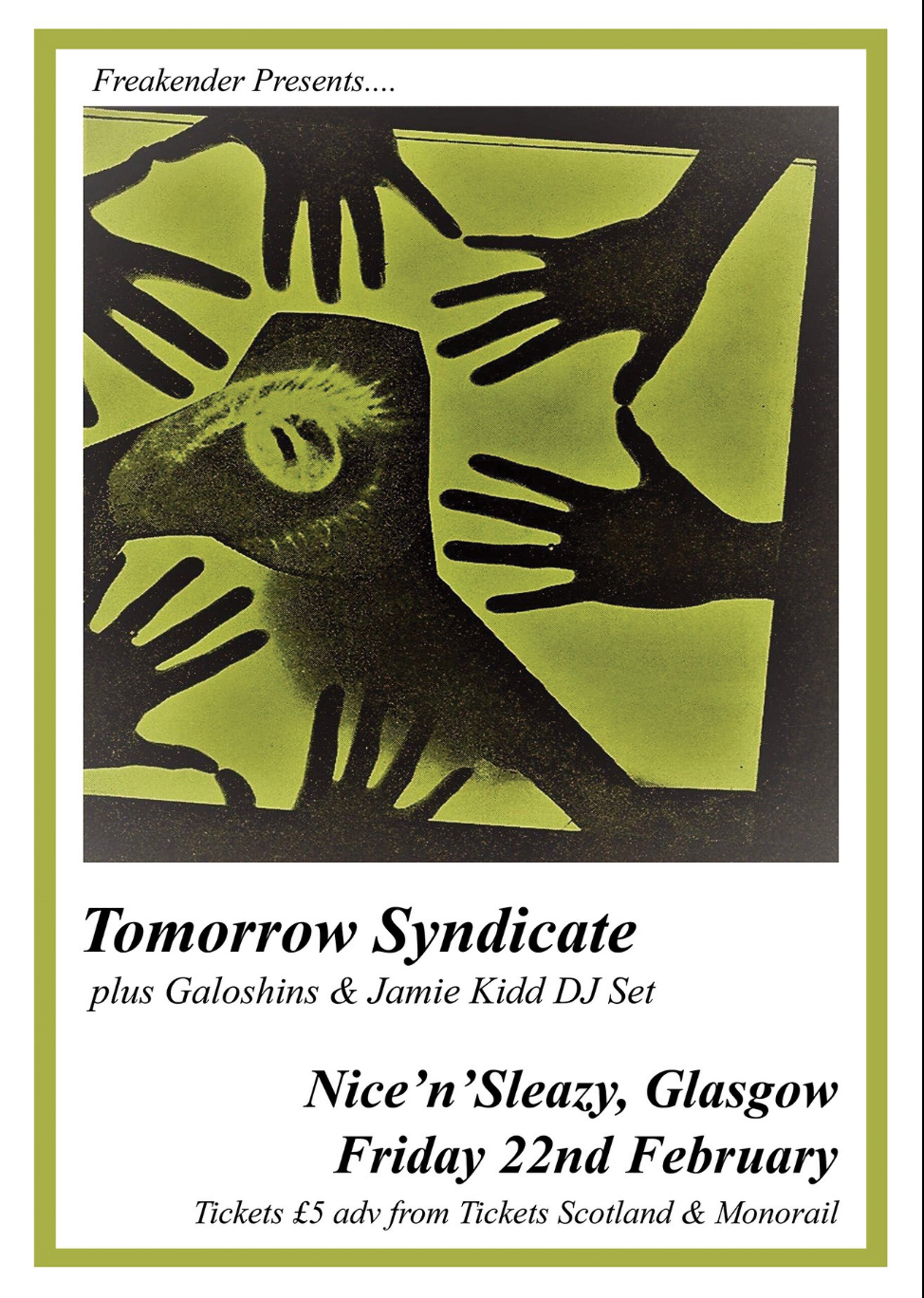