This time in our wee interview section we're interviewing a duo often refered to as 'Thee Undisputed Queens of the Dance Party Scene' and we love them to bits and believe you will too! 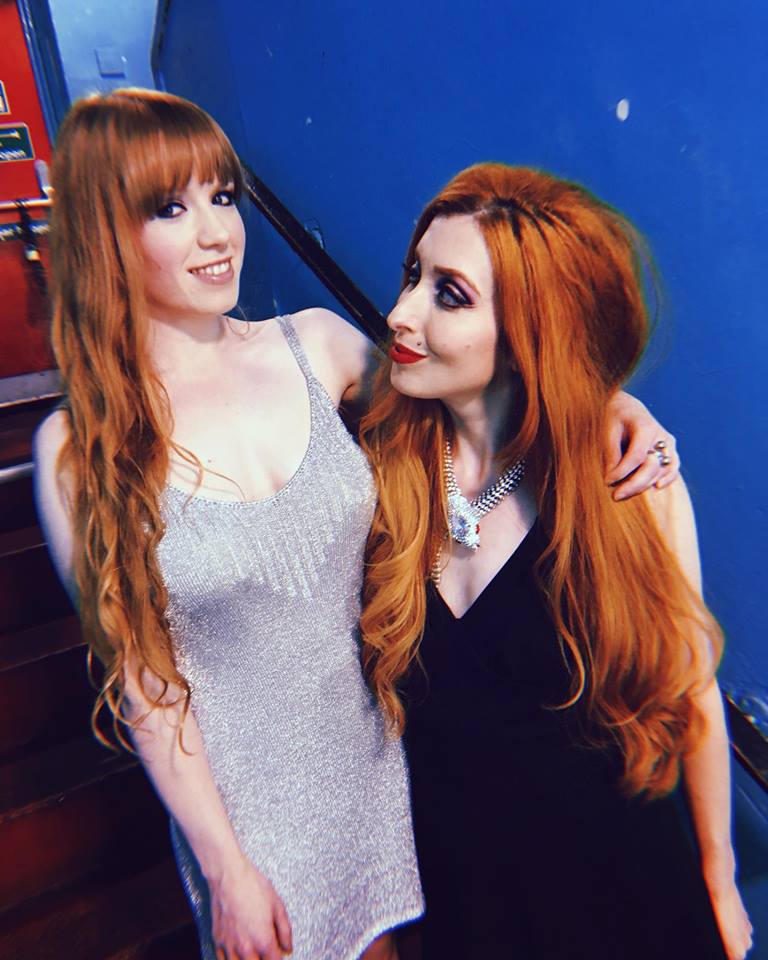 NnS : Anna and Holly! everyone at Nice n Sleazy loves your musical choices. It's always an upbeat mixture of Rock n Roll, Proto-Punk, Psych, Freakbeat, Garage Nuggets and 60's influenced gems! How did you both come to discover these sounds and was a motivating factor in starting the club night that these sounds were quite rare to find around the glasgow club scene at the time?

Holly – I was pretty lucky to be brought up on a musical diet ranging from Syd Barrett and Love to Elvis, so this has long been a part of my life. When I was a teenager I would always look back to see who had influenced my favourite bands at the time, so it didn’t take long for me to discover 60s garage music, once that happened I never looked back. The Nuggets compilations changed my life. I’ve always played this style of music, since I first started DJing. Starting the club with Anna, for me was nothing more than an opportunity to have a lot of fun playing the music I loved in my favourite club, with one of my favourite people!

Anna – Like Holly I was brought up listening to excellent music and was mad into Elvis (obviously) but for me it was The Who and 60s soul that put me on a path to digging into R&B. I found a love of punk as a young teenager and my music taste developed further when I realised how far back punk truly began. I always say I love music that is sang with passion – whether that’s a passionate love, anger or anything in between. I started DJing in 2005 and although the tunes I played back then had a flavour of what I play now, I hadn’t got into digging yet, so my choices weren’t as broad as what they have developed into. I love to see people dancing and enjoying themselves so that was the main motivator for me wanting to fill a dancefloor with my favourite picks. When the opportunity arose to have a club night in Sleazys with Holly I grasped it with both hands. We had each been DJing different nights upstairs in Sleazys so coming together to create our Dance Party was honestly a dream come true.

NnS : Until what feels like fairly recently, if the casual music fan was asked 'what does a dj look like in glasgow?' they would almost certainly describe a sporty looking emaciated face chewer fella. It could feel quite intimidating for those of us that don't identify with that and thankfully it seems to be rarer these days. How do you feel the DJ / Club culture has evolved and would you consider yourself part of that bar raising? We certainly do.

Holly – That’s very kind of you to say. I think my perception of DJs in Glasgow is probably outwith the norm. I tend to only really go to niche nights, where the DJs have similar passions as myself, though there are certainly less and less of these happening in recent times. I love that Nice’n’Sleazy has given us the opportunity to play this music to a broader crowd, and even more that the Sleazys crowd is so open and gets into what we do! It really is the most fun place to play records.

Anna– I think there were always nights that I could go to that played music I enjoyed in Glasgow. Usually they were in small venues or social clubs and the style and age of the DJs really varied so I felt that they was accessible for everyone. In terms of places being intimidating, I totally get why people would feel that way and I really hope that folk come along to our night knowing that they can look however they want and let themselves go. I love that the Sleazys clientele aren’t afraid to express themselves and cut loose on the dancefloor. That’s lovely that you consider us to be part of the bar raising. I must admit that in recent years I have grown increasingly frustrated with popular culture becoming bland and so many people playing the same tunes so when I’m DJing I like to throw in a lot of variety and introduce people to, hopefully, new to them music.

NnS : Were there clubs or djs that inspired you to do what you do, either as a form of rebellion against perceived cultural norms or as a way of joining forces with a more obscure scene?

Holly– In Glasgow I’ve always been a massive fan of Divine, which is the longest running club in Scotland and for good reason. Andrew who runs it plays an eclectic mix of the best music from the 1950s-70s, without any pretention and in a very open way. Everyone is welcome, this is something I feel is important and I hope we’ve achieved with our Dance Party too. We want to play this music that we love, that’s so much fun to dance to, for everyone whether it’s something they’re already into or not.

Anna – I first went to Divine not long before I started DJing and it was so exciting for me to hear a span of R&B and soul music at such a popular club night. Around the same time I first went to All Tore Up which was a 1950s – 1960s club that was like nothing I’d ever been to before and I absolutely loved it. Amazingly, I’ve had the chance to DJ with both Andrew Divine, of Divine fame, and Neil Macinnes of All Tore Up during the past year at our Dance Party and that felt really special to me as two of the people who unknowingly introduced me to the dancefloor were then joining me on the decks. 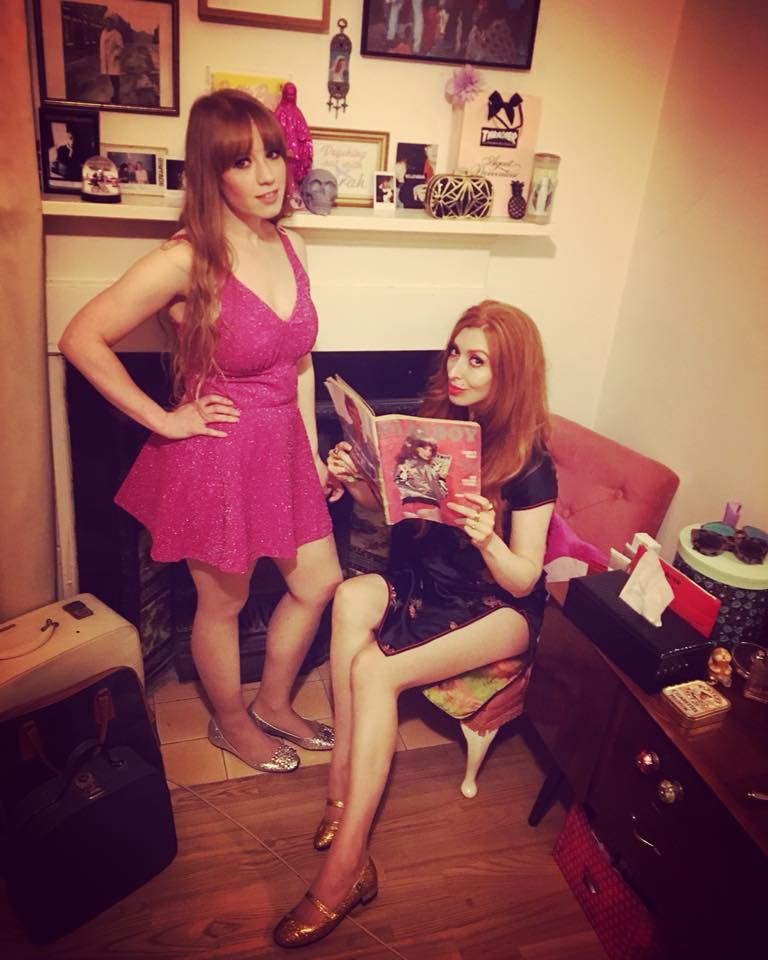 NnS : You both have a deep love for the Vinyl format. Has it always been your focus when playing out or do you feel that there are pro's and con's to different formats?

Holly – When I started DJing I played anything, however using a laptop has always puzzled me! But quite quickly I fell down the rabbit hole of collecting vinyl seriously. I spend a lot of time DJing outside of Glasgow, around Europe/the world at 60s clubs where you can only play original vinyl. Initially I thought the concept was quite nerdy, and elitist, but I soon came to understand why. These DJs and collectors have spent years digging for records, chasing that elusive 45 of a garage band that only pressed 200 copies 50 years ago. It takes time and dedication, and knowledge to do this and that’s something I have the upmost respect for. It’s easy to play a killer set off Spotify, and there’s certainly a time and place for it – I’d always rather hear great music off any format, than hear terrible music on vinyl – but for me the chase, tracking down the single you’ve been obsessing over is part of the charm.

Anna– I’ve always loved the format and started collecting punk singles well before I was a DJ. However, I haven’t limited myself to only playing one format my whole life. As some songs I liked either weren’t available on vinyl or were well out of my price range I often played CDs but this is something I’ve dropped in more recent years as my collecting became more serious. I would actually say that there are more cons to those things than pros, sometimes the CDJs takes ages to load and I’ve found that CDs skip way more often than records (provided no one is jumping up and down next to the deck). In terms of mp3s, I can totally understand why people might use a laptop – they don’t have to cart around heavy boxes of vinyl and they have everything at their fingertips. But, it’s just not for me. The excitement of being a DJ is hearing a tune you love, hunting down the record, packing it into your box, hauling said box to the venue, setting up the decks, flicking through your selection for the night, listening to that authentic sound in your headphones then cranking it up for the whole room to hear while you watch people lose their minds on the dancefloor. It’s the whole package.

NnS: Could you name some of the current or recent bands / releases which you can't leave at home when you load your selection box for a Dance Party at Nice n Sleazy?

Holly – I’m very passionate about the current music scene as well as music from the past, I’m lucky to be part of the team behind Freakender too, so we get to bring a lot of these bands to Glasgow too, so I love being able to play some of their records at the Dance Party too! My bag is always packed with The Mystery Lights, The Molochs, The Nude Party, Nick Waterhouse, Night Beats, Frankie & The Witchfingers, Allah-Las and Ty Segall to name a few.

Anna – I’m so glad you asked us about this because I feel that it’s an important point you’ve made about our night. We love to merge new music with all the stuff that has influenced those bands from the past. My favourites include Mark Sultan, The King Khan & BBQ show, Shannon & The Clams, The Growlers, Daddy Long Legs and Hunx & His Punx.

NnS : Thankyou both so much for your contributions! As a final word, can you both name your top ten tracks to dance to from the golden era of partying (with youtube links where possible) for all the readers to check out? Thankyou!

Holly – Five of my favourites from the Dance Party…

I Wanna Be Your Dog – The Stooges - https://www.youtube.com/watch?v=KVWnPOQxE6s

Don’t You Want My Lovin – The Orlons https://www.youtube.com/watch?v=yEbL4MCaxQk

Don’t Tread On Me – Kit & The Outlaws https://www.youtube.com/watch?v=ZZ7M9_BL2iA 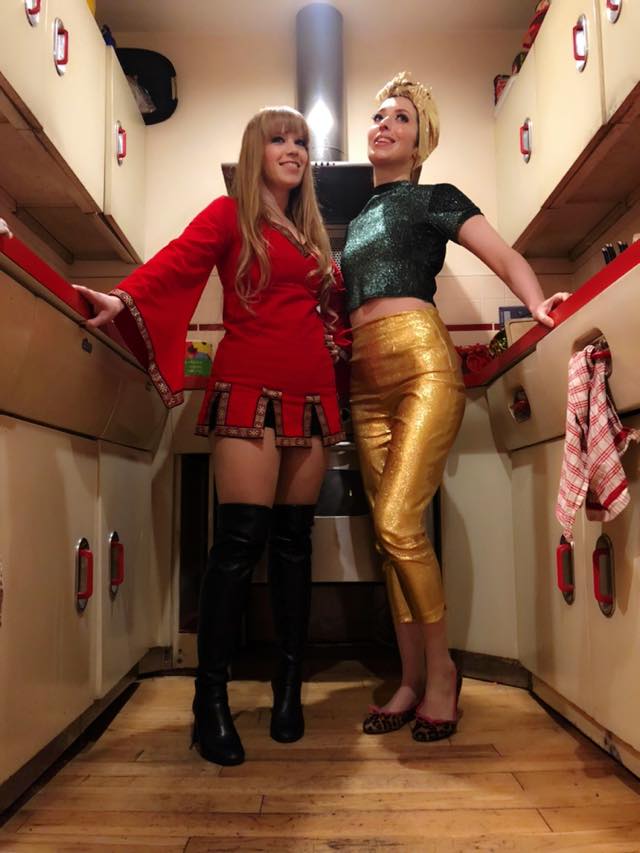