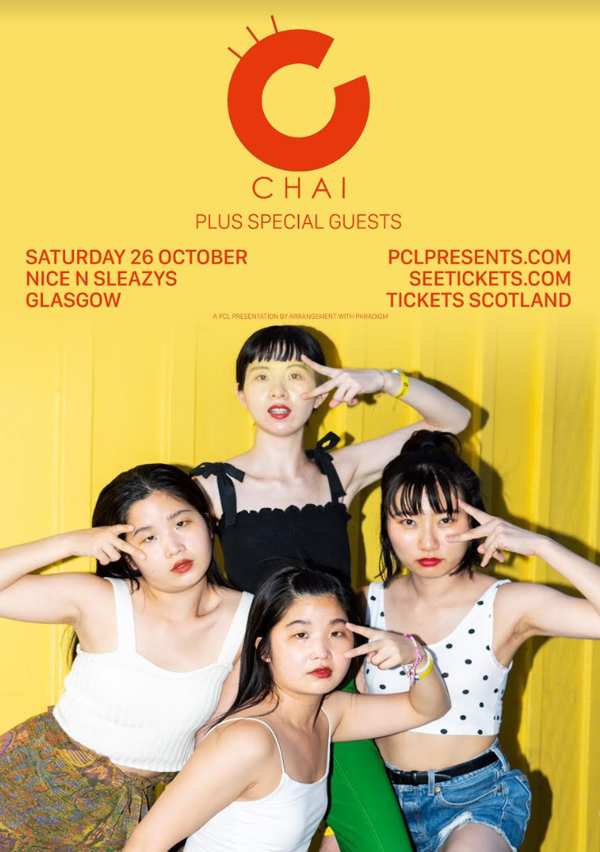 When you think of all things Pink, a sound that fuses the likings of Basement Jaxx, the Gorillaz, CSS, and Tom Tom Club, with lyrics focused on “women empowerment” and re-defining the definition of “kawaii” or cute in Japanese, you think of CHAI. Formed in 2012, in the Nagoya region of Japan, identical twins Mana (voc/keys) and Kana (gt./cho.) would ask fellow high school classmate, Yuna (dr./cho.), and later Yuki (ba./cho.), a college acquaintance, to join what we now know as CHAI. Both independent releases, “Hottaraka Series” which translates to “irresponsible series”, was the title of CHAI’s 1 st EP released in December of 2016, soon followed by “Homegoro Series”, their 2 nd EP, released in April of the following year.CHAI scored their first US performance at SXSW 2017, followed by a series of performance dates in New York, Chicago, Seattle, Portland, San Diego, San Francisco, and Los Angeles, a mini American tour titled “Japan Nite.”